One of the tools we use in creating explainer videos is abstraction.  We look for opportunities to take the ideas that we want to explain out of their normal circumstance and put them into a new world. An example is our video that explains social media. It's a big analogy about ice cream.  Instead of talking about the details of tools and use cases, we showed what happens when everyone can make their own flavors.

By abstracting an idea, we work to free it of all the details, biases and baggage that comes with the real world situation. Instead, we use symbols, metaphors and analogies to relate higher level ideas. It's these idea that have the power to create understanding.  Once understanding is in place, then the details make more sense.

Vox pointed me to a video that was sponsored by the Global Commission on Drug Policy that is a great example of abstraction. Rather than using real world examples, they use a fictional story about how a society dealt with a dragon called Drugo. The video is called The War on Drugo.  Watch:

The next time you're struggling to make an idea easy to understand, consider the power of abstraction. Look for ways to take the big ideas out of the real world and put them in a world that highlights them without all the baggage.

We just published a new video that explains Affiliate Marketing. 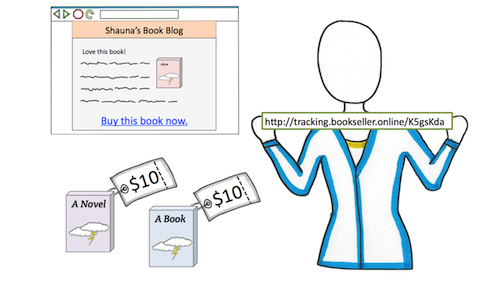 Affiliate marketing can help individuals earn a living by promoting products and services they love online. But how the system works is complicated and comes with important best practices. It teaches:

Don't forget: we now offer a membership plan that provides the rights to edit our videos in your own software. For example, if you have an affiliate program and need a way to promote it, you can edit this video to include your logo, brand, etc. Learn more about our Editor Plan.

It's true. The Art of Explanation is now available as an audiobook and can be found on Audible.

The World Cup is here and our goal is to help you understand the basics of soccer.

You won't find an easier way to learn about the game. We use our signature explanation style and bite-sized animations to make it all crystal clear.

Perhaps you're curious about fouls or the offside call? Or maybe yellow and red cards? It's all there.

Seeing is believing. Check out the guide and please share it. It's totally free and will help you and people you know learn something new, just in time to enjoy the World Cup!