The workplace has been disrupted and office life may not be the same again.

But one thing is clear: organizations will need to communicate new policies and procedures in the context of COVID safety. These new policies all have the same challenge: being read and clearly understood by employees. This is a challenge we want to help you overcome.

We've licensed these materials with a Creative Commons (Attribution, Non-commercial) license, which means we're encouraging communicators to use the Cut-outs and videos for their own projects. They can be copied, edited, remixed, and shared. We only ask that you use them for non-commercial purposes and credit "Common Craft".

This is your invitation to join me for a free, 30-minute webinar that will help you get a head start on communicating COVID-19 workplace policies.

As employees return to the workplace, organizations will need to clearly communicate new policies related to COVID-19. This free webinar will give you a head start in developing these communications.

Each attendee will receive the COVID Communication Kit, which is provided by Common Craft free of charge. The downloadable kit includes:

All materials in the kit are licensed for reuse, remixing, and sharing. Use our work and media as a starting point for your project. 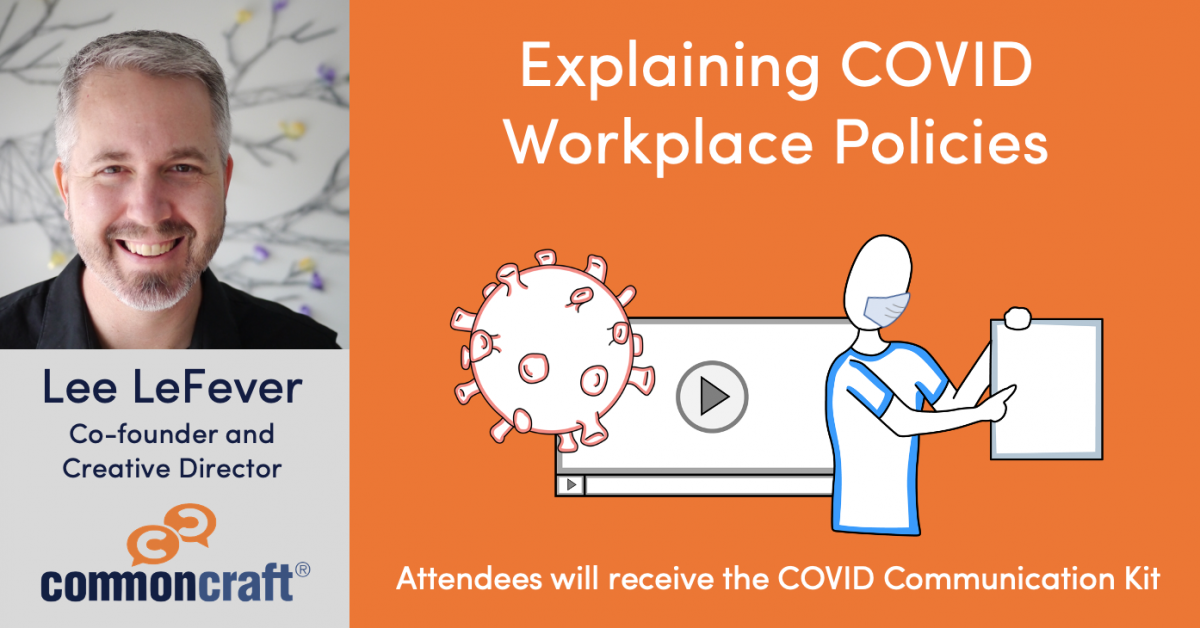 Enroll for the Free Webinar

School is out. The kids are home and you may be searching for a way to be a part of their education. To help, we’re making a wide variety of Common Craft videos available to view in Packs focusing on specific subjects.

These Packs, geared for students middle school and up, are designed to explain technology and digital responsibility concepts in short, animated videos. We encourage parents to watch the videos along with their kids and talk to them about what they're learning. The packs will be available to view for a limited time.

We currently have five packs available, with more on the way:

If you know parents or educators who could benefit from these videos, feel free to share using this link: https://www.commoncraft.com/video-packs

Documents play the same role they always have, but how we create and share them has evolved significantly. This video explains online documents and how they differ from local documents that are saved on a computer. If you know students or anyone who needs a clearer understanding of online documents, this video will help.

This video, our 110th title, is now available in the Common Craft video library. You can watch it in full for a limited time.

For many years, documents lived on our computers. When online documents came along, they started to live on the internet and that changed how we created and shared them. This video explains how online documents differ from local documents saved on a computer. It teaches: