Blog Posts About: our work

A few years back, we introduced you to Bosco, our faithful mascot. If you're a subscriber to our newsletter, you've seen him grow up.

Apparently one dog was not enough.  We now have a 3 month old puppy at Common Craft headquarters named "Maybe".  She's half Bernese Mountain Dog and half Standard Poodle - a "Bernedoodle". And yes, she will be a big dog - likely around 70 pounds. While her names is Maybe, we're pretty sure she's a keeper. :)

Here are a few photos to enjoy before the long weekend:

This is Maybe at about 10 weeks: 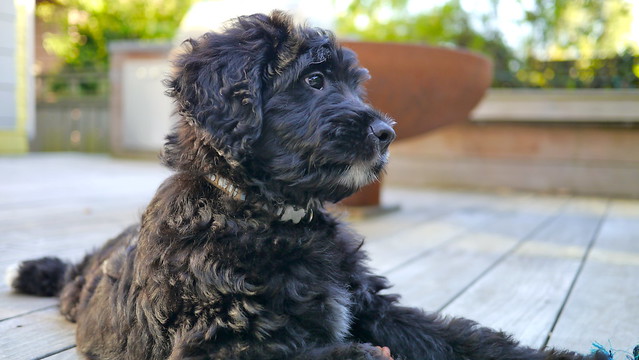 Bosco has been very tolerant, even as she turns into a projectile puppy. 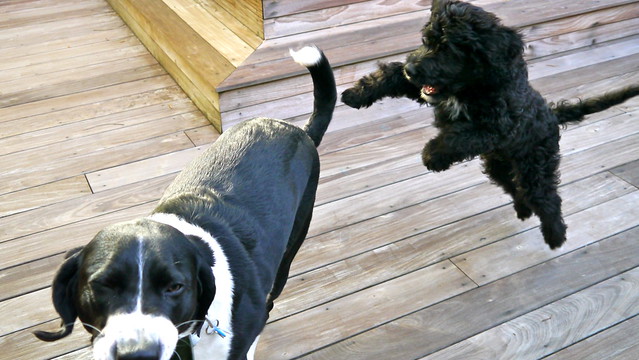 She's a little bigger now, but still has those sharp puppy teeth. We all (including Bosco) are ready for those things to go away. 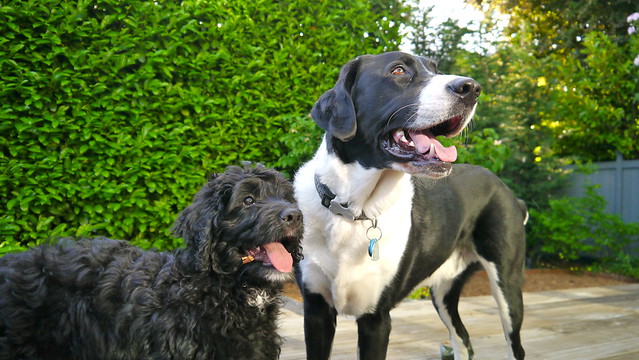 A full set of Maybe photos can be found on Flickr.

We have a tradition of sharing dog photos in our newsletter. If you'd like to keep up with Common Craft videos, news and dogs, you should subscribe. You can do so at the bottom of our home page.

Lee is a hand model - of sorts.

When you see a finger appear in a Common Craft video, it’s usually Lee’s right index finger.  Each video is live action footage and before each shoot, this finger is inspected and potentially manicured for each performance.  When problems persist, the left index finger may be used. In some cases, Sachi’s hand appears when handwriting is required.

We could keep Dunder Mifflin in business.

Each video is shot with hundreds of paper cut-outs. Each cut-out begins life being drawn and hand-colored by Lee. Then, we both cut them out, often while watching a movie. I never imagined that my job would require me to have a strong opinion about scissors, but it does.

In 2008, our video Twitter in Plain English was linked from the Twitter home page for over a year. Thanks to a handshake deal with Biz Stone (Twitter co-founder), the video appeared with a link to Common Craft, helping us and Twitter meet a lot of new people. That video has been viewed over 15 million times.

It was all Sachi’s fault.

In early 2007, I tried to record myself explaining subjects in front of a whiteboard on a wall. It didn’t seem right and I became frustrated. Always the consummate problem solver, Sachi suggested we point the camera down onto the whiteboard.  At that moment, Common Craft Style and the first online explainer video was born.

Ten candles on our cake.

This year, Common Craft turns 10.  In 2003 I started the company to be a consultant. It was this experience that helped me see explanation problems and want to solve them. Sachi joined in 2007, and history is still being written.

If you want more insights, this live-action video goes behind the scenes...

Today we're shooting a video and part of that process is taking every piece of paper and spreading it out on the whiteboard.  Then, we go through the storyboard and organize the images by scene and put them aside. This is nearly every cut-out that will appear in the video. 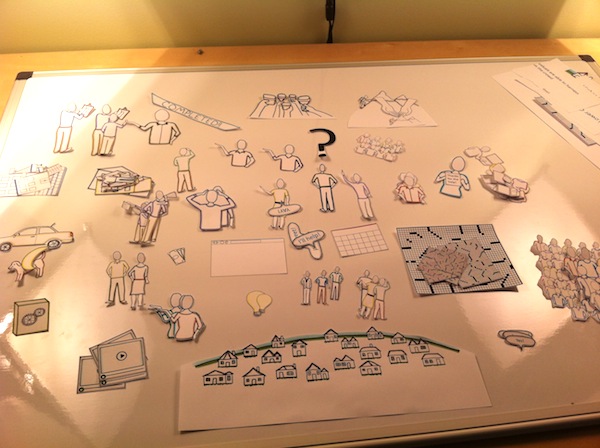 Any guesses about the title of this one?

Verisign is one of the most trusted names in the web security world and they've become a great example of how Common Craft videos can be put to work to educate customers.  Web security is often taken for granted and many people and organizations don't really understand what makes a website secure, or how to tell. Our video makes it simple for non-techies. 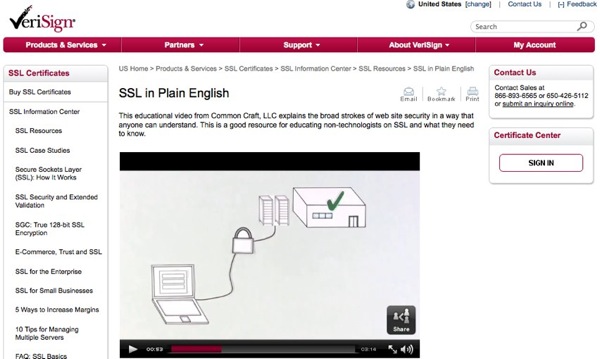 As you can see above, we've licensed our Secure Websites video to Verisign for use as part of the their SSL Information Center.  We worked with them to create a custom version of the video that includes their brand at the beginning and end. Any Common Craft video can be customized in this way.

I highlight this relationship because it's a great example of how Common Craft videos can be used as educational resources.  This video happens to explore web security, but the same situation could be true for banks who want to educate customers about Phishing Scams or the basics of Investing Money or tech companies that need to explain Cloud Computing to novice users.  Customized or not, our videos are built and licensed for these purposes.