I woke up this morning with an idea for Cyber Monday. What if I made a quick and simple  Readable Video  that explains the history of the term "Cyber"? This video took about 90 minutes to create from start to finish and is intentionally bare-bones.

This kind of video (or gif) can be created by anyone and it's simpler than you think. Our Explainer Academy courses put the power of clear communication, video production, and animation into your hands.

This title came from a suggestion by a Common Craft member who found that explaining it was more difficult than expected. It has since become one of the most used videos in our library. 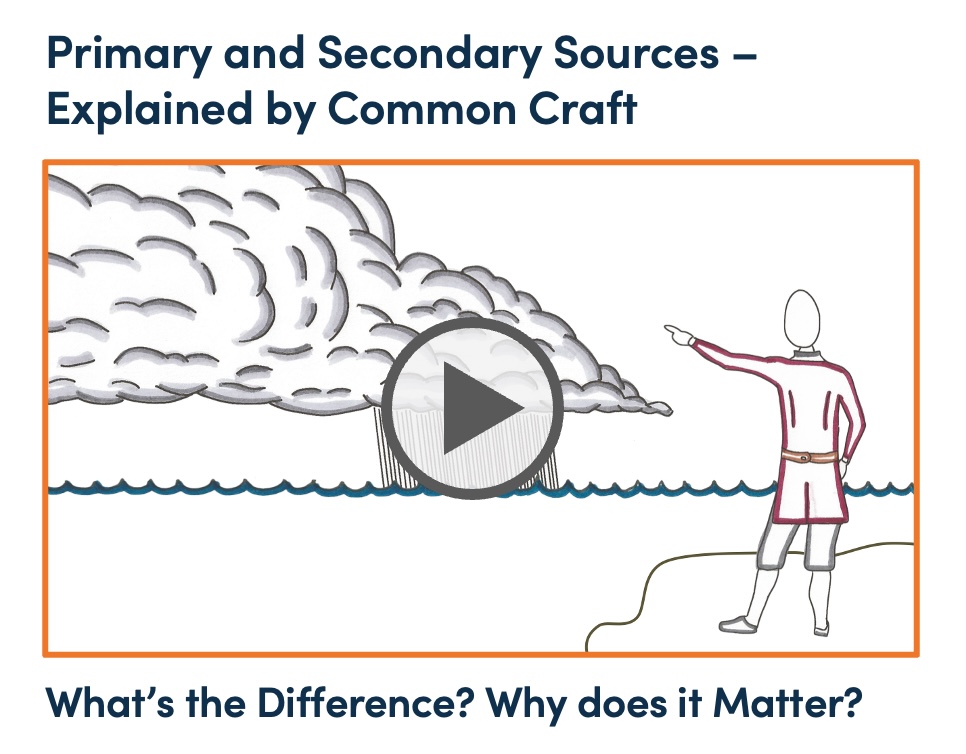 This video looks back at a significant event in history: The Great Storm (England, 1703). It asks the question: how do we know what we know about this storm? This question is answered by explaining primary and secondary sources. It teaches:

This explanation has three basic parts. First, we establish the power of sources and how a combination of sources can yield the best information. Second, we explain the differences between primary and secondary sources. Third, we show why it makes sense that this combination works in practice. Further, a historical example gives the explanation a concrete starting point and offers a fun visual experience.

There is just something funny about the not-too-distant past, especially when it comes to explaining technology. Here the interestingly named (and still in the media) Kim Komando explains computers for a TV audience in a series called Komputer Kindergarten. The editing is choppy, but still fun to watch.

Lee is a hand model - of sorts.

When you see a finger appear in a Common Craft video, it’s usually Lee’s right index finger.  Each video is live action footage and before each shoot, this finger is inspected and potentially manicured for each performance.  When problems persist, the left index finger may be used. In some cases, Sachi’s hand appears when handwriting is required.

We could keep Dunder Mifflin in business.

Each video is shot with hundreds of paper cut-outs. Each cut-out begins life being drawn and hand-colored by Lee. Then, we both cut them out, often while watching a movie. I never imagined that my job would require me to have a strong opinion about scissors, but it does.

In 2008, our video Twitter in Plain English was linked from the Twitter home page for over a year. Thanks to a handshake deal with Biz Stone (Twitter co-founder), the video appeared with a link to Common Craft, helping us and Twitter meet a lot of new people. That video has been viewed over 15 million times.

It was all Sachi’s fault.

In early 2007, I tried to record myself explaining subjects in front of a whiteboard on a wall. It didn’t seem right and I became frustrated. Always the consummate problem solver, Sachi suggested we point the camera down onto the whiteboard.  At that moment, Common Craft Style and the first online explainer video was born.

Ten candles on our cake.

This year, Common Craft turns 10.  In 2003 I started the company to be a consultant. It was this experience that helped me see explanation problems and want to solve them. Sachi joined in 2007, and history is still being written.

If you want more insights, this live-action video goes behind the scenes...