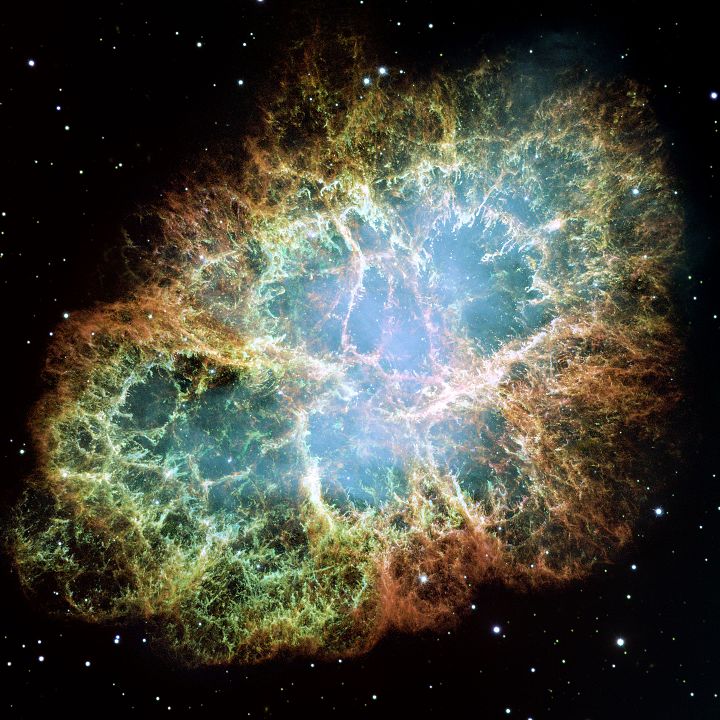 "Nuggets" is an animation by German animation director Andreas Hykade. It's an instant classic that exemplifies the beauty of simple yet meaningful communication.  It's a must-watch:

As the OpenCulture blog explains, Kurt Vonnegut once proposed a master's thesis at the University of Chicago about the shape of stories. The idea was rejected because it "was so simple and looked like too much fun." That sounds familiar. People have asked us before if our style of video production is appropriate for serious subjects.

The elegant simplicity and playfulness of Vonnegut’s idea is exactly its enduring appeal. The idea is so simple, in fact, that Vonnegut sums the whole thing up in one elegant sentence: “The fundamental idea is that stories have shapes which can be drawn on graph paper, and that the shape of a given society’s stories is at least as interesting as the shape of its pots or spearheads.”

What a neat idea. Here's how Vonnegut himself explains the shape of stories:

Graphic designer Maya Eilam made this idea into an awesome infographic:

The next time you see an opportunity to explain an idea in the form of a story, think about this simple idea: stories have shapes that we can visualize. Where does your story begin and end? Where does it go in-between?

It’s easy to look back at Internet history and spot the points of major change. A famous example is the Web 2.0 era which spawned products like Twitter, Facebook and other lasting features of the Web. Some would say we're in the cloud era now, with nearly everything we do on computers being moved to off-site servers.

Within these big, tectonic shifts are smaller shifts that also make a difference.  YouTube was a big shift that kicked off online video in 2005 and in the years since, we’ve seen the growth of viral videos and myriad artistic expressions in video form. How did we survive without the Honey Badger?
But there is one shift, near and dear to my heart, that we’re just starting to see.  The age of the video explanation is here.  Let me explain.
Online video, in many ways, has reflected mainstream television.  These productions are usually advertising supported and generally classified by documentary, narrative, drama, comedy, advertising, art, etc. All valuable and productive, but reflecting mainstream history.
With YouTube came the potential for video to be more democratized, more experimental. Suddenly there became room for new uses of video, new audiences, new genres. In 2006, anyone with a video camera and an Internet connection could make videos and share them on a worldwide scale for free. Sachi and I fit that model and Common Craft started to experiment.
In 2007 we saw an opportunity to make videos that explained technology.  These videos were not  instructional or tactical how-to videos.  They answered a different kind of question.  It was not “how do I do this?” but “why should I care?”  We called them explanations and Common Craft’s tagline became “Our Product is Explanation”.
To my knowledge this was the first time a set of online videos had been described as explanations, with RSS in Plain English (below) being the original article.
This video was a viral hit and helped make Common Craft famous on the Web. It worked for a simple reason - it made people care about and see value in RSS. Since then we’ve made videos that have done the same for products like Twitter, Dropbox, Google Docs and now have a whole library of video explanations for use in classrooms and on the Web.  In all, our video explanations have been viewed well over 35 million times.
As these videos gained traction, an increasing number of video producers have joined the fray and started describing what they do as "video explanations" or "explainer videos", which are usually computer animations. At the same time, demand for our services grew and we created the Common Craft Explainer Network in 2008 to help these producers flourish.  Since 2010, we’ve seen more and more producers describe their work as video explanations and adopt the idea that explanation represents a specific skill and type of video, a new genre that’s useful.
Now, our success and a handful of producers don’t make a shift.  But a few trends are at work that set this up to be a big deal in the future.
1.  Growing complexity, growing anxiety.  The world is moving faster than ever and people are feeling anxious because they can’t keep up.  They need quick, effective ways to feel confident about ideas and products that matter to them.  Video explanations fulfill this need and there is no shortage of subjects that need better explanations.
2. Growing Use of Video.  Yesterday Reuters reported that YouTube is now serving "4 billion online videos every day, a twenty five percent increase in the past eight months"
3.  Growing Demand. eMarketer recently released a report suggesting spending on online video will rise 43% in 2012. That’s one year. Spending begets supply.  I see part of the money in video moving from whiz-bang marketing videos to videos that focus on utility and education, what we call explanations.
4.  Growing Supply. As stated above, more and more video producers around the world are starting to specialize in explanation. These producers are seeing growth potential because organizations are tired of the same old marketing formula and demanding videos that are simpler and focused on explaining more than selling.
5.  Growing Mindshare.  Until recently, people have not heard the term "video explanation:. But that is changing quickly. We talk to organizations every day that want a video that explains their product.  Indeed, I imagine a world where an increasing number of compaines see video explanations as a standard way for a brand to communicate.
Video explanations are not going to be the next Web 2.0.  However, a number of factors are coming together that will make video explanations a trend to watch in 2012 and beyond. We expect to see more video producers developing video explanation skills for custom/promotional projects as well as video explanations designed to educate and inform.
We could be at the beginning of a wave that will change how we think about the role of video in helping people feel more confident and informed in the face of a rapidly changing landscape.  Perhaps soon we’ll see that the genres of video have a new and productive member.  Drama, comedy, documentary, advertising and explanation.
For a complete list of Common Craft Video Explanations, check out our video library.

So, you're stuck - either you leave up bad content, or break the links to your blogger friends.

I bring this up for two reasons:

1.  Be aware. A video is different than a blog post.  It's not a consistent page that's editable. A corrected video is an entirely new piece of content with a new URL, comments, etc.  Because most hosts don't allow replacement videos, you may find that embedded players lock you in to content you want to change.

2.  This is fixable by the hosts.  As usual, Vimeo is ahead of the curve and allows video replacements.  With Vimeo, you can upload a replacement video that will begin playing in an existing embedded player with the same comments, etc. Blip.tv and You Tube and most others do not allow replacements, as far as I know. [Update:  Mike Hudack sez Blip does allow replacements through the "edit" page.]

It should also be noted that the replacement option is something that could be abused by unethical producers, so this may explain why it has not been adopted so far.