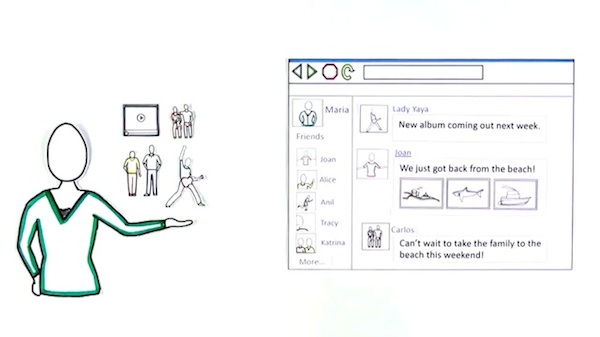 This video is a much-requested sequel to our video on Social Networking.  As you likely know, a lot has changed in the world of Social Networking as Facebook has emerged to be one of the standards - and this video is aimed at why.  It covers the basic ideas through the story of a woman who becomes a member and discovers how the social network and status updates help her feel more informed and engaged with her interests.

Audience:  This video is helpful for trainers and teachers who teach technology.  It provides a good foundation for a discussion or lesson about the features and ideas that make social networking work. Good for all ages and abilities.
Watch the video now, or learn about Common Craft membership.