I had the pleasure of reconnecting with Matthew Pierce at Techsmith, makers of Camtasia, Snag-it, and other fine products.

Matt hosts The Visual Lounge, which is about the power of using visuals in videos and how to make them better. I was a recent guest and we discussed:

You can watch the entire interview below or at this link:

We're big fans of GoAnimate. They make it easy for anyone to create animated videos - even using Common Craft Cut-outs.

Recently they asked about doing an interview with me, but not just any interview. They wanted to make the interview look like an animated talk show. This is where their service really shines.

We talked about my family's business in NC, how Sachi and I get along and of course, explainer videos. The video below was made with GoAnimate - and you can make videos just like it.

Learn more about how you can create Common Craft Style videos with GoAnimate.

Moe Abdou is the founder of 33 Voices, a website and interview series that focuses on entrepreneurs, business success and life. Recently he interviewed me about the Art of Explanation.  The interview is about 25 minutes long and covers a lot of ground.  Have a listen.

I love doing interviews like this. If you have a podcast or website and are looking for guests, please let me know. I have a lot to say about entrepreneurship, communication and creativity.

Recently Ian Tucker sat down with a group of the world’s top science writers at the Royal Society’s annual book prize event in London.  The results of the interview are filled with gems of insight and humor that frame how these writers think about explanation and making ideas easier to understand.  The first addresses a question I hear often - how do you explain something without talking down to people?

Tucker asks the question in this form: When you are writing where do you set the difficulty dial?
Steven Pinker with phenomenal advice: Before I wrote my first cognitive book, I got a bit of advice from an editor, which was probably the best advice I ever received. She said that the problem many scientists and academics have when they write for a broad audience is that they condescend; they assume that their target audience isn't too bright, consists of truck drivers, chicken pluckers and grannies knitting dollies, and so they write in motherese, they talk down. She said: "You should assume your readers are as smart as you are, as curious as you are, but they don't know what you know and you're there to tell them what they don't know." I'm willing to make a reader do some work as long as I do the work of giving them all the material they need to make sense of an idea.
I love this idea.  There is a big difference between being smart and informed. If we approach explanations with the perspective that the audience is smart, but not informed, it may help prevent us from sounding condescending or “dumbing-down” ideas unnecessarily.
Are science writers reporting on the frontiers of knowledge or imagination?
James Gleik: I don't think anybody at this table would be writing about science if we bought into the idea that the process of science was a matter of rote and grunt work. All five of us have focused on imagination and creativity, not just as the occasional accidental part of the scientific process but as the things that make it work, make it exciting.
Steven Pinker: The only proviso to all of this is that in science it's not enough to be imaginative and creative, it also has to be right. There are plenty of very imaginative people history forgot, because their beautiful, elegant scheme didn't fit the facts.
These are a couple of primary ingredients of great explanations.  Imagination and creativity on a foundation of facts. You need both.
Are scientists their own worst enemies when it comes to communicating their work?
Joshua Foer: What you're supposed to be doing in a science book or popular article is distilling, finding what is essential and communicating that. That's not just an act of storytelling, it's an act of thinking and it requires a kind of clarity of communication that not just the scientists but academics in general have moved away from and I think it makes them think less clearly.
“An act of thinking.”  I have found many times that writing an explanation and thinking hard about how to make it understandable gives me new perspectives. By working to communicate it clearly, I learn about the subject and start to see it differently. This is a side-effect of explanation that is often forgotten.
For more, I encourage you to read the entire interview. 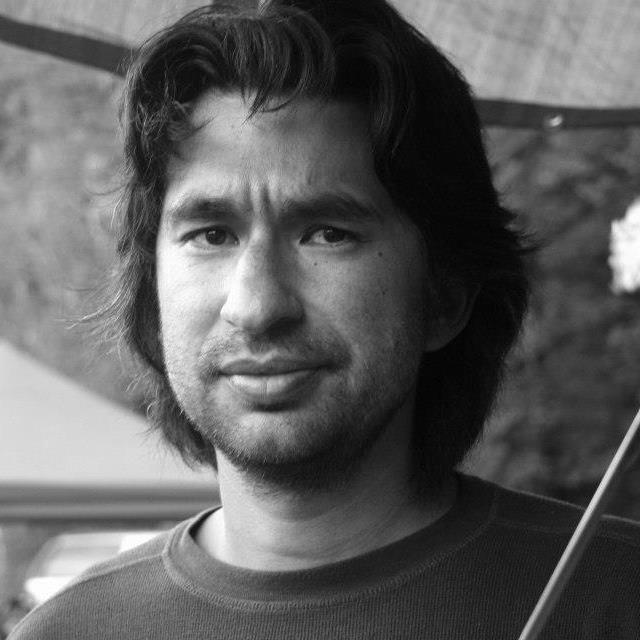 Ben Crawford is one of the founders of Epipheo Studios.  I first saw Epipheo's early video work in 2009 and immediately became a fan.  They have a knack for making ideas easy to understand in a very informal, disarming way.  Since that time I've become friends with Ben and watched Epipheo transform into an innovative company that's looking beyond animation and creating their own way to make a difference in communication.

I asked Ben to answer a few questions about himself and what's happening at Epipheo:

1.  Tell me about Epipheo.  What's your role there and how did the company get started?
I was one of four founding friends and partners. It's hard to describe the role of the founders because while we've each tried wearing various hats or using business card titles we've found that it's more restricting to narrow ourselves down to a department or title. We work and function more as a very dynamic partnership and while we each have our unique strengths our superpower is really in our weekly board meeting which is a deep discussion about the state and direction of our company.
Our company got it's start by believing that communication is important and that the best way you could love a person is to take the time to translate a message that is for them. It's funny that only one of the partners had video experience and none of us had any formal training in communication or advertising or anything like that but I think that's actually worked out to our advantage. We were able to look at an industry with completely fresh eyes and approach the tools and mediums with our own goals instead of starting with the methods and midsets that already exist.

2. What does an effective epipheo look like to you? What qualities do you feel are essential in a successful video?
It's funny because Epipheo has become so much more than just videos. Overall an Epipheo needs to communicate Truth, Story, and Love. I'm not always sure what that looks like but we want every product that epipheo creates to resonate in the deepest way possible with the human soul. We want it to make people think bigger. Bigger than the latest internet technology or great feature. We want people to ask "Why?" Why should they care? Why does it matter?
3.  What advice do you have for professionals who have a hard time communicating their ideas?
People can teach you how to communicate better but I think good communication is a byproduct. Try to understand people and yourself. And then start caring and loving people (more). I remember hearing a guy say to a group of married guys: "You don't need to understand women, you just need to understand one woman." It's really freeing to know it's not always a science or psychological feat. You just have to care. When you really care about people you start to develop a passion on how to reach them and what works and doesn't work. Also, if a passion for people is what's driving you, you're not as restrained by the "how" and "what". You just do whatever works best.
4.  Where is Epipheo headed? What will we see in coming years?
This question is exciting because no one knows. The only thing I can guarantee is that it will probably not look like what it looks like now. With a vision statement like "Truth, Story, Love." it can take you a lot of places if you're dedicated to following it with integrity.

Epipheo Studios is a member of the Common Craft Explainer Network, a group of talented video producers that specialize in custom-made explainer videos.