Lately you may have noticed a change in the direction of my posts here at the Common Craft Blog, and you probably know we’ve written a book about explanation. I'd like to take a minute to explain how we’re thinking about our future and why this change in direction makes sense.

For a few years now, we’ve been focused on our video explanations and the idea that video is a powerful form of communication.  I assure you, this is still an important focus for us and we’re currently working on more. In fact, over time we’ve become even bigger believers in the power of video explanations.
But we realized something in the past year that helped us rethink Common Craft’s mission and what we think is possible. The realization was this: videos are only one medium, but the skill of explanation applies to all media. It’s a fundamental communication skill that can be applied almost universally.
This simple realization caused us to think about the future of Common Craft and what we could do and provide that could help others.  We saw the potential of helping professionals become better explainers and learn to solve problems with more effective explanations.  We saw that by sharing what we’ve learned, we could become a resource for anyone who is ready to rethink how they communicate.
This idea prompted me to write The Art of Explanation.  It prompted us to add new, non-video resources to Common Craft membership (coming soon!). We now see that videos are one part of a much bigger idea of helping professionals who want to become better explainers, whether it’s through using our ready-made videos or creating their own explanations.
So that’s why you’re seeing me discuss new ideas and directions.  Common Craft’s mission is changing and we’re evolving as a company.  We now want to help make the world a more understandable place to live and work by inspiring and equipping professionals to become explanation specialists.
Stay tuned - new resources and ideas are coming. 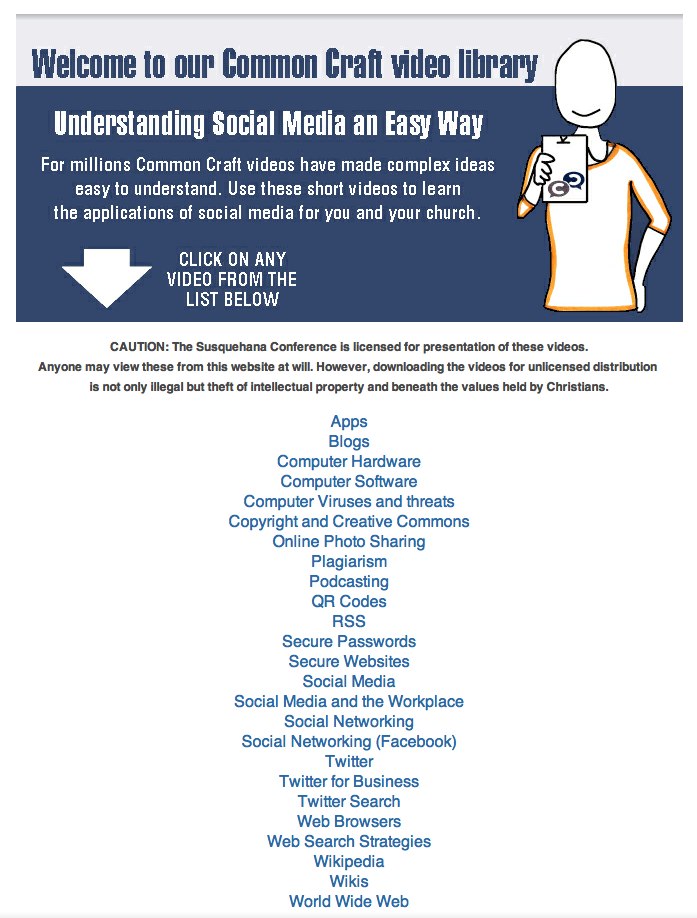