The following post is a part of a series called "Explainer Tips" where we share lessons we've learned in crafting explanations.

One of the books that I read just before creating our first videos was Made to Stick by Chip and Dan Heath.  More than almost any other, this book helped me see new opportunities to present ideas in a unique way.  One idea from the book really stands out - it's The Curse of Knowledge

We've all experienced it - in talking to a doctor, an engineer or academic, we get lost. Despite their best efforts, they explain a topic using words and examples that don't make sense to a beginner. These people are suffering from the Curse.

The idea behind the curse of knowledge is that the more we know about something, the harder it is for us to explain it to someone who knows nothing.  We have a hard time being able to imagine what it's like not to know.  For example, think about a lawyer who spent his life reading and writing legal documents, talking to lawyers all day every day, etc.  When you ask this lawyer about tort reform, you're likely to get an explanation that confuses you more. This person knows too much to answer your question in a language you understand.

We're all guilty of having the curse.  We all have something in our life that we know very well - perhaps too well to explain easily.  The key is know that the curse exists.  To be able to recognize the challenge before you. Here's how:

Consider every word. Sometimes a word that is completely natural to you can doom an explanation.  For example, let's say you're a financial planner and you sit down with a young couple and they seem to get everything you're saying.  Then you mention "amortization" as if it were any other word.  You use it every day and the people around you do too.  It may seem that amortization is perfectly normal.  But it's not - their eyes glaze over and the explanation takes a turn for the worst.  You have the curse.

Part of the problem with the curse of knowledge is that we assume too much.  We make assumptions about what people do and don't know.  The stronger the curse, the easier it is to assume. To get around the curse, you can either start with the basics, or get a feeling from your audience about what they know.  Don't assume they speak your language or have your perspective.  If explanation is your goal, impressing them with big words and details are going to work against you.  Your time is better spent accounting for their level of understanding and their context.

Next Up:  Put the WHY Before the HOW

Through going to conferences and talking with people about Common Craft, it's apparent that people have no idea how Common Craft could be a successful business.  From their perspective, they can watch the videos for free, so how does it work?

I want to answer this question because I think it's important context for understanding why we make the decisions we do.

In business terms, we are a "B2B" company, which means business-to-business. We make videos that are focused on helping businesses, schools, and other organizations accomplish their goals. These customers buy the licensed, high quality versions of our videos to educate employees, students, and website visitors. Our revenue comes from organizations and individuals who want the better versions, but also the permission that comes with licensing.

Now let's talk about the alternative: B2C or business-to-consumer.  Being B2C means making products for use by everyday people.  In which case, we might charge for viewing a Common Craft video, perhaps through a membership service or pay-per-view.  Our revenue would come from individuals who pay to watch and learn from our videos. We decided not to be a B2C company.

Here's one way to look at why this makes sense: In the B2C model, it's more difficult to build brand awareness. Only paying customers would see the videos. We decided early-on that we would give our products to consumers via sites like YouTube to help spread the word.  These versions of the videos would educate, but also have ads for Common Craft.  Over millions of views, this helped build brand awareness and lots of links to our website.  A percentage of these viewers might think "Man, I love that video, but I need a version that's more appropriate for the workplace" or "I'd love to show this in my presentation, but I need a downloadable file." These needs illustrate demand on the B2B side that comes as a result of giving our products to consumers.

Our challenge is to find ways to continue to provide free videos to consumers while increasing the awareness and demand for the licensed versions for workplace/professional use. From this perspective, I hope you'll see why we're making videos on things like Insurance. Our focus is not making something cool for You Tube, it's making something valuable for individuals and organizations with specific goals.

A note on custom videos: Making custom videos is a part of the Common Craft business model, but is not our focus and more easily understood than licensing. This article on Read Write Web explains our move away from custom work. As we wrote recently, we're focusing on our Money category over the next month or two.  This video, Insurance in Plain English, is meant to explain why insurance exists, what service it provides, how it works and what role it plays in being financially responsible.

Insurance is a concept that surrounds us all the time. In fact, it's so common that it's easy to assume that everyone understands it and why it makes sense. Unfortunately, there are not a lot resources for teaching the big ideas behind insurance, much less ones that do it in an entertaining way. This video is meant to make the boring subject of insurance a bit more fun and interesting.

We hope this video will provide educators a resource for helping people young and old make smarter and more informed decision about their coverage.

Yesterday, we posted about a video by a company called rPath with the title "Cloud Computing in Plain English." Read about it here.

The blog post came as a result of our unsuccessful efforts over six months to illustrate to rPath that their video, because of the combination of the "in Plain English" title and use of paper-cut outs on a whiteboard, was a source of confusion for Common Craft customers. Because rPath insisted on using legal means to communicate their stance, we chose to take a different route that didn't involve lawyers.  We simply asked our fans to help us reduce confusion.

Over the course of the last 24 hours, we've learned a lot. First, let me say that we couldn't have imagined the level of your response. We are very lucky to have people around us who feel passionately about helping us protect our brand. Within a couple of hours of the blog post, the message to rPath was clear and as you'll see below, we have reached a resolution.  We thank you.

Along the way we learned that it is possible to mobilize a community to seek a better outcome. However, it comes with risks. We have no control over what is said and it's impossible to put the genie back in the bottle. We are big fans of civility and reason and there is a chance for these kinds of campaigns to diverge from our strongly held values. We've learned to tread lightly.

Yesterday afternoon I received a note from Jake Sorofman, rPath's VP of Marketing and someone who was involved in creating the video.  Jake's side of the story is that he was never aware of Common Craft or the "in Plain English" series of videos when the video was created. I will take Jake at his word and assume this is the case.  For months, we were dealing with another VP, who made it clear a simple solution would not work. Today, Jake and I have discussed it and we both agree that this issue could have been avoided, had we been able to communicate with him early on.

Jake has agreed to change the title of the video on YouTube and display a link to commoncraft.com on the YouTube page.  The video itself, which contains a watermark with the "in Plain English" title will remain online.  We think this is a reasonable way to resolve the issue and avoid future confusion. Thank you, Jake.

I'm happy that we were able to resolve this reasonably and without lawyers. Thanks you for all your support! Cheers. 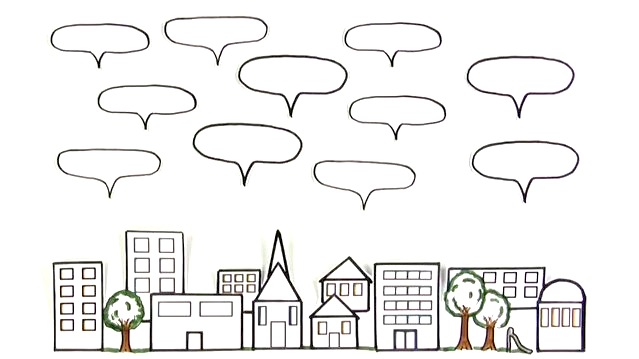 The video uses an metaphor of the small town of "Twitterville." The town has an election and the people use Twitter to track real-time news, a hashtag to organize discussions and trends to find new information.

While it wasn't our intention, the video matches closely with the events currently taking place in Iran, where people are using Twitter to organize and share news about their disputed election.

If you know people who get Twitter, but don't understand things like hashtags and trending topics, this video will help. 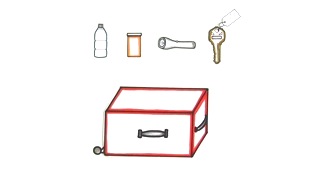 This video represents a new kind of relationship for Common Craft. A while back, we were contacted by Public Safety Canada (PSC) about this subject and we saw a couple of opportunities.  First, we could work on a video that has the potential to have a positive impact.  Second, we saw an opportunity for a win-win in terms of the video's ownership - something we call a hybrid relationship.

Emergency kits are a widely accepted part of emergency preparedness and most agree on what a kit should contain.  The opportunity we saw was to work with PSC to create an emergency kit video that would fit their needs and give us an opportunity to offer a similar video for licensing on commoncraft.com. So, PSC received a video built for their Canadian audience and we have a video with versions appropriate for our American audience. We see this as a win-win and enjoyed working with PSC to make it happen.

This video offers governments and organizations focusing on emergency preparedness a quick and effective way to help citizens get started on building their kits. It can be licensed and branded for use in training and education, or on public facing websites.