It's easy to think that, in research, more information is better. The reality is that research can feel overwhelming. That's why academic databases matter. They make it quick and easy to search, filter, and evaluate sources for your work.

This video, suggested by members and our 112th title, is now available in the Common Craft video library. You can watch it in full for a limited time.

Research can feel overwhelming when it’s difficult to know what sources are useful and trustworthy. Academic databases help solve this problem by making sources easy to search, filter, and evaluate. This video explains Academic Databases and teaches:

We now have 112 explainer videos in our library. Each video is designed to explain a subject clearly in a few minutes. Common Craft videos can help save time in your classroom, course, training session or presentation. Here are the most recent additions:

We just released a new video that explains Digital Literacy in about 3 minutes. It was the most requested title by Common Craft members. 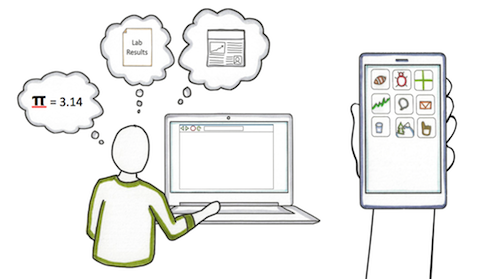 Watch it now
About the video: Literacy comes in many forms. As the adoption of computers, mobile devices and the Internet has grown, digital literacy has become more important than ever. This video will help your audience understand the potential of digital literacy in our societies.
It teaches:
We’re quite fond of this video, partly because we are such big believers in the power of digital literacy. In fact, a big goal of our work is to increase digital literacy by explaining technology in an understandable way.
More From The Common Craft Blog