But have you wondered how they work or what’s really happening when you visit a web page? This video makes it easy: 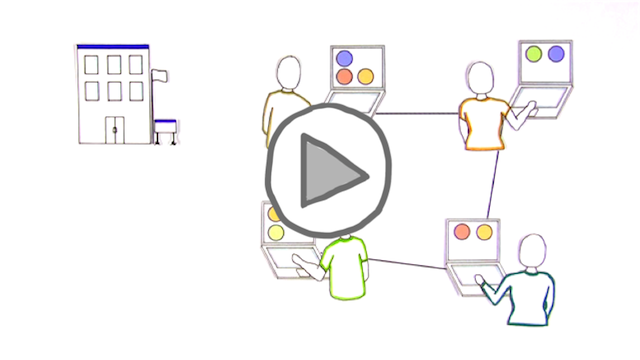 Watch it now.
What it Teaches:
This video focuses on the basics of computer networks, and how data and information are shared. It teaches:
Are you a teacher or trainer? This video is part of the Common Craft video library and is designed for teaching technology quickly and with a smile. Common Craft members can download and/or embed the video for use on public or private websites.

I switched.  It happened about 2 weeks ago, I made a Macbook my primary computer for the first time.  We've had a Mac around the house for a while, but I've been loyal to my little Sony Vaio, which has been mostly flawless for about 2.5 years. It was a good one. But alas, I wanted a Mac, and it has come to pass.

Along the way, I've been taking some stream-of-consciousness notes on my perceptions before doing any research. I'm using Leopard, btw. Here goes:

I'm still learning, but today was probably the first that I didn't reach for the crtl button to copy/paste something.

The Dock is cool - I didn't realize how easy it was to manage. I was looking for menu to add and remove icons - then found out that you can just drag them to the trash or onto the Dock.

I want to use the desktop as a default place to drop random files, like I would on the PC - I wonder if it's a good place?

Why are there no Fav icons in the bookmark toolbar in Firefox?

I love the photos that come on the Mac desktops. Must keep updated.

I was lost for a while, not understanding the product menu at the top. I was looking for "preferences" in other menus - not Product Name, like iPhoto".

How can I close all the windows and have the application open at the same time? I know - it's a mac thing.

We've decided to get an Airport Extreme during this process.  We needed a new router and wanted to print wirelessly. In the end, it took many hours of experimentation, but we got both PCs and Macs on a secure network and printing wirelessly.  My lesson was to get each computer printing with a wire first, then go wireless.

I can open the Mac and it just starts.  No waiting around.  My PC would take forever.

Is Text Edit the same as Notepad - good for text files? I assume so.

Ahh, two-finger scrolling works quite well. I'm used to scrolling on the right side of the touchpad, but this is an easy transition.

I dig the magnetic power plug, but I don't like it's placement on the side.  I have the computer in my lap a lot, and it constantly comes unplugged when hitting my leg. I guess it may do the same from the back.

It's always bugged me that the "M" and "W" are the same key, turned upside down. It looks that way anyway - not sure why that catches my eye.

If I hit Capslock one more time I'm going to remove it.

I'm getting used to the Command (apple) button, but man why not just use ctrl? I think the ctrl button is much better placed for one handed copy/paste/undo, etc. On my keyboard, the "x" is directly above the Apple key. Hitting it makes me feel like I'm learning guitar.

The screen doesn't lean back as far as I'd like.

Why can't I apple + b to bold something in the browser?

How do I go up one folder? Solved - Jay taught me apple + up arrow.

What is this preview thing? I have Adobe Reader, why isn't it working? Oh, Preview was the default in Firefox.

Spaces seems cool. I'm using it to go between iTunes and FireFox.

We need to control the home stereo from our computers.  Turns out that Airport Express does it really well.  It was a pain to get started, but works like a champ.  We now have all computers sharing a single library that exists on an exrternal drive.

When I have two things open (like 2 browsers) I don't see an easy way to switch between then - they get lost behind each other (on the PC they are at the bottom of the screen). What am I missing?

Do I really have to eject usb devices?  It sounds like a problem that technology should solve for me.

I've kept the old computer on the network during the transition.  Since they're set up on the same network, it is easy to grab files.  Just today, I put away the old computer.

Much of our world happens in Google's cloud.  Docs, Calendar, Email, didn't have to move from one computer to another. That was so nice.

I know there are a lot of cool and useful mac tools out there, I wonder which I should get?

I've been tapping touchpads for years - and I've even enabled tapping on the Mac - but never use it. It's funny how quickly I've transitioned to the big thumb-button.

Overall, it's been less painful than I imagined - and I do love the Mac, honestly. It just works.  I'm sure I have a long way to go in terms of learning key combinations and shortcuts, but I'll get there in due time.