We live in Seattle, Washington, USA which is about halfway between where we each grew up. You see, Sachi was born in Hawaii and I (Lee, your faithful narrator) was born in North Carolina - on the east coast of the US. The distance between North Carolina and Hawaii is about 4,600 miles and if you were to meet us, you could tell that we come from very different places. Sachi arrived in Seattle in the midst of Seattle's grunge movement - about 1994. She started undergrad work at the University of Washington where she eventually received a degree in Microbiology which is mostly being used as a reason to disinfect our home. She has since completed an MBA. She was, and still is a huge nerd. I came to Seattle a bit later, in 1998 after the grunge coolness had worn off. I had just graduated from the Medical University of South Carolina with a Masters in Health Administration which is being put to as much use as Sachi's microbiology degree. My undergraduate degree in business is from Appalachian State University. I moved to Seattle with my dog Amos and no job, telling people I wanted to work on "Healthcare and the Internet." 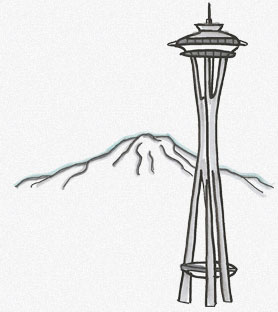 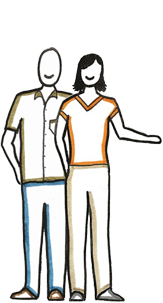 Our worlds collided at a moment in my life when I figured out exactly what I wanted to do in 1999. We both worked at a company called Solucient that made performance improvement software for hospitals. We sat giggle-distance from each other at the company. We both attended a company event in Las Vegas and came home a couple. Yes, it all started in Vegas, which, as you'll see, is somewhat fitting.

Online Community or Bust. At the time, I was working on a project at the company called the "Solucient Online Community Program." It was my job to convince the company that they should create a website that would give customers a way to communicate and help the company support them. This project consumed me and I remember the first time we spent a weekend away together, I told Sachi "I hope you don't mind hearing about this online community stuff, because it's all I'm going to talk about for a long time." She was cool with that.

After being an Online Community Manager from 1999-2003, I started Common Craft. I would not have made this decision without Sachi. Her support and risk-taking attitude have been behind a number of our best decisions. Common Craft, LLC was founded in 2003 and focused on consulting with organizations on online community strategy.

The First Explanations. Within a year or two, I learned a valuable lesson. My goal was to have a positive influence on my customers. The problem I faced was clients who lacked a basic understanding of the social side of the web. In order to have a positive influence, I needed a way to build a foundation for them. So, I wrote blog posts called "RSS in Plain English" and "Wikis in Plain English." These were popular blog posts that helped me discover something that I feel very comfortable doing: explaining complex topics to beginners. 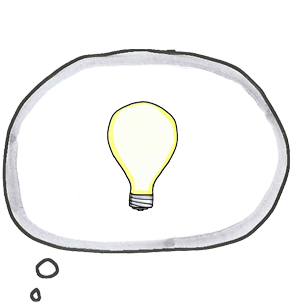 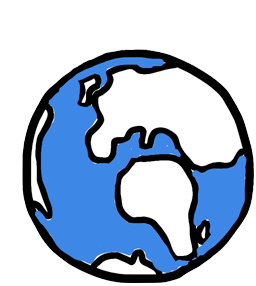 Tied the Knot and Traveled the World (on Video)

Along the way we got married. Actually, I asked her father for permission only days after quitting a perfectly good job to start Common Craft. He was gracious and understanding, but I don't recommend that series of events to others. The ceremony was in our back yard and included a part where we stated that "we believe that no one ever died wishing they had taken less risks." As a couple, we are big believers that the best things in life come with significant amounts of risk. From 2003 to 2005 Common Craft was just me. Sachi kept her job (and our health insurance) and I consulted with organizations like March of Dimes and Boeing. Then we started to think about extended travel and a big, risky idea was born. On Christmas Eve of 2004, we reserved the web site theworldisnotflat.com (TwinF) and started to orient our lives around the idea of traveling the world for a year. We changed our lifestyle to save money (what we called the "monetorium"), built a travel blog and Sachi quit her job. We left home in November of 2005. Just before leaving the US, I uploaded my first-ever video to You Tube.

For 365 days we visited nearly 30 countries and about halfway through, purchased a video camera. Soon after, we fell in love with the idea of taking video footage over the course of a day, editing it down to three minutes and sharing it on YouTube. Our year away was a time for us to think about what we really wanted to do with our lives. We decided that Sachi would join Common Craft and not return to a normal job. What would we be doing? We had no idea.

In the last month or so of the trip we had an idea - what if we turned those "in Plain English" blog posts into videos? The idea was born in Barcelona, Spain at the same time I created the @leelefever Twitter account. We arrived home with a goal of making those videos. I started by standing in front of the camera with a whiteboard behind me, but felt like a complete dork. Then Sachi had the idea of pointing the camera straight down onto a whiteboard on the floor and using hands, markers and paper cut-outs to tell a story. Paperworks was born in February of 2007. We published our first video, RSS in Plain English, on April 23rd, 2007. The next day it appeared on the front page of Digg and gained 10’s of thousands of views. We were blown away and the big question became - can we do it again? We published Wikis in Plain English on May 29th, 2007. We were onto something and started to think about business models.

Custom Videos. Within a couple of months, companies started to ask about custom videos. Our second client was Google and we created Google Docs in Plain English, which gave Common Craft a new business model and a lot of visibility. Since then we've worked with companies like LEGO, Ford, Intel, Dropbox and Microsoft to explain their products. Since our first custom video, we've been lucky to see daily interest in our custom work. To help serve this demand, we created the Common Craft Explainer Network, which helps connect prospects with talented video producers. 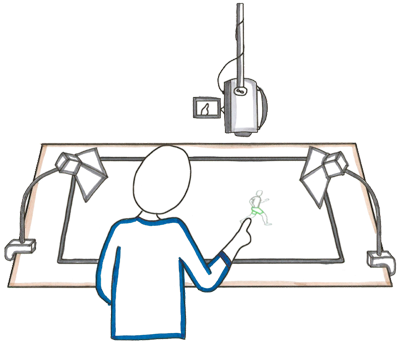 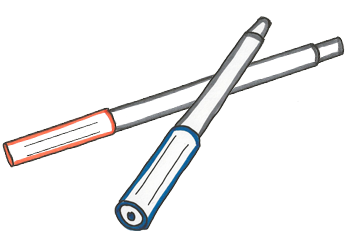 Licensing for Training and Education

While working on custom video projects, we remained dedicated to building a library of our own videos about things like Twitter, Wikis and the Stock Market. The bigger the library grew, the more we saw a new opportunity. The videos were being used to educate others. Teachers, trainers, bloggers and businesses were using the videos as educational tools. This realization set us on a new path of making Common Craft videos for educators. Our first model, created in 2008, was based on offering downloadable video files. Our customers could enter a credit card and download videos for use in classrooms, etc. This worked better than we predicted and became a big part of our income, while also being a better fit for our lifestyle. We knew we were onto something once again.

Common Craft is always transforming. Today, Common Craft is a membership service that is used by individuals and organizations in over 50 countries. Our library of videos grows monthly and a big focus has become our Cut-outs, which are downloadable images just like the ones in our videos. We want to see these become a kind of visual language for videos, presentations and more. From this point, we hope to focus on two things: making awesome media and supporting our members. If we can do these two things well, Common Craft will continue to have a positive impact.

Some Things We Believe:

Integrity is the Core of a Quality Brand  |  Small Is Beautiful 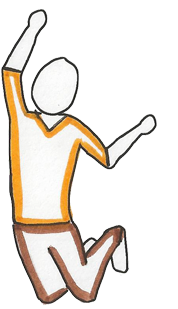